Culture of the Navajo Nation 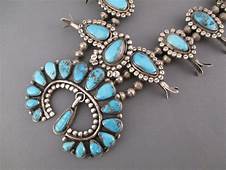 Navajo jewelry from google images
Healthcare views Historical Facts:
Religion:
• They have many beliefs about creation; being ‘one with nature’ is a central tenant of their beliefs
• Believe in skin walkers (evil beings or spirits)
• Religious leaders are referred to as “singers” or “curers”. To hold this title is to hold the most respected position in Navajo Ritual Practice.
• Singers have acquired their knowledge and skill as a result of several years of training and education
• Navajo Indians were terrified of death and spoke about death as little as possible. The dead were buried as soon as they passed away, even without a public ceremony.
• The ideas about afterlife were unsystematic and varied from individual to individual.
• A special class of religious practitioners was referred to as the ‘diviners’ who specialized in techniques to discover the source of a person’s illness (whether it be caused by an accident, witchcraft, or misbehavior), and then could prescribe the appropriate ceremonial treatment/remedy.