NAVAJO NATION
Introduction:
The Navajo Nation is the largest reservation based  within the United States, both in land and population.  More than 200,000 Navajos live on the 24,000 square miles of the Navajo Nation (Birchfield, 2006).

Navajo Indian tribe history  can be traced back to prehistoric times.  Throughout history the Navajo Indian tribe have been faced with oppression through disruption of their lives and homeland from the Spanish and the United States. After several wars and battles the Navajos were placed on a reservation, in 1927 by the United States and still struggle with oppression today.

Demographic Information:
Reservation
The Navajo Nation is located in the southwestern United States, specifically in parts of Arizona, New Mexico and Utah. This area was considered worthless desert wasteland but the Navajos rebuilt their lives here.

Majority of Navajos live on the Navajo Nation (47%) followed by the metropolitan areas (26%) then border towns (10%).  The remainder (17%) live elsewhere in the United States (Navajo Division of Health, 2010).

The largest employers of Navajo people are the federal and tribal governments. The Navajos have their own parks and recreation department, fish and wildlife service, police department, educational programs and health service as well as many other jobs in tribal government and administration (Birchfield, 2006). 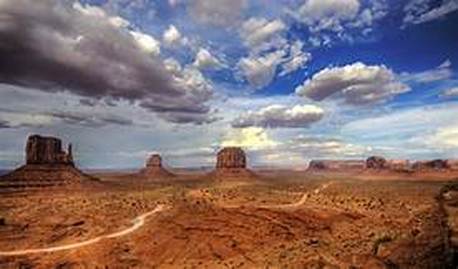 Dine: Navajos' name for themselves meaning "the people".